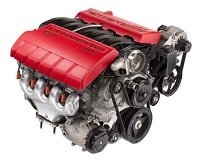 If your car is a BUICK car then it's performance, efficiency, and mileage are largely determined by its Used BUICK Century engines. As a result, the car's functionality and overall performance are connected to its engine's capability. Without a doubt, everyone says that the most key element of any car is the engine. Engines break down and struggle to work on the road due to excessive wear and tear. In such cases, car owners must replace the non-functioning engine with a new engine, which adds to their financial burden. You will find a cheaper option in the form of a Used engine, which is less expensive and provides the same efficiency as a brand new engine. Autoparts-miles provides the Used BUICK Century Engines & more with the best performance at greatly discounted prices.

Acquiring a used engine instead of a new car engine will save you a considerable amount of dollars. The cost of a commodity varies depending on its mileage, performance, and & its manufacturing year. Our customers can save a lot of money when they shop with us for Used BUICK Engines.

Every Used engine we sell in our inventory has a warranty period of at least 1 year. Customers may request engine repair or replacement if a problem occurs during the warranty period. Also, shipping services are available for the people who are available within the USA.

The service team is available round the clock to solve the issues of our customers regarding the products. Don’t hesitate to approach us via live chat or call if you have any queries.